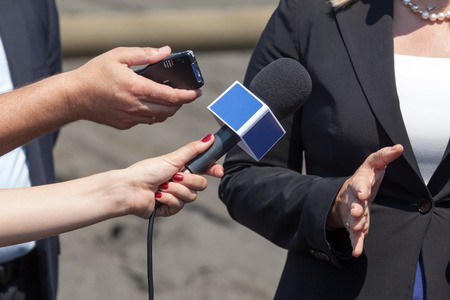 Roberto C. Goizueta, the late chairman and chief executive officer of the Coca-Cola Company, presided over an historic period of record growth in his company’s business, profits, stock price and geographic expansion. During his tenure at the helm of the beverage giant from 1980 to 1997, Coke became the best known brand in the world, and made legions of investors millionaires. Those were heady days at Coke, fondly remembered.

Goizueta, a business philosopher, was known for short, one-line quotes that distilled an issue to its essence. One of his most famous is a maxim that all CEOs should follow: “Communication is the only task a leader cannot delegate.”

Excellent communications skills complete CEOs. And certainly, media interview capabilities are an essential subset. However, in more than 25 years of working with some of the world’s leading executives in routine media interview opportunities and in crisis communications situations, I’ve observed that about half understand the implications, the importance, the advantage and the power of knowing how to effectively handle the news media. The other half don’t, and that sets the tone for the organization.

Like leadership skills, some executives possess natural talents in the art and science of the media interview. However, all can learn how to employ effective media interview strategies and tactics in order to thrive in a media encounter.

As you take next steps to be proficient in media interviews, in order to become the complete CEO, here are some basics to think about.

A media or blogger interview should be treated just as any critical business initiative that can affect your organization’s reputation – and your career. You should have an overall strategy going in, complete with tactics and goals you want to achieve. Put it all in writing, just as you would any other business plan, but prepare to be flexible and adapt to changing situations.

Rehearse Aloud with a Colleague

Take the time to role-play with a colleague you can trust to tell you when you are off message, rambling or fidgeting – or worse, insincere. Ask them to pepper you with likely questions, some of them off the wall, so you can determine if your answers make sense and if you can think on your feet. Practice, practice and practice until you are confident and sincere in your delivery.

Speak to their Note-Taking Speed

You know your material, you are the expert and you are passionate about your business. It shows when you launch into a lengthy speech while the print reporter is furiously scribbling away (or, in a phone interview, is clicking away at his computer at the office), trying to get down even a little bit of what you are saying. Slow down. If you want to be misquoted, or have a video editor cut in a poor sound bite, speaking too fast is one of the most effective ways to do it.

A media or blogger interview is a two-way encounter. You will want to answer the reporter’s questions honestly, but you will also focus on getting your key points across (one of your interview objectives). Brainstorm and write down three key points you will want to make during the interview and practice them out loud until they come naturally. Do not memorize them.

Focus on opportunities in the question and answer exchange in the interview to get your key points stated in different ways as often as possible. One of your several goals should increase the probability that your key points will become part of the story. Take advantage of reporter silence or dead air to restate a key point.

Broadcast reporters want short, complete sentences that can be easily edited into their on-air stories.  The long, rambling explanation in answer to a question will never make it on the air. Television news is using sound bites that are three to eight seconds in duration, and a little longer on radio. As a general rule, practice to keep your key sound bites down to 20 words or 10 seconds – max.

Ask to Say it Again

Most broadcast reporters are seeking that perfect sound bite for their story so they can finish with you and get on to the next story. They are usually happy to allow you to restate an answer if you fumbled on the first try. In a print interview, you can simply say, “let me answer that another way that might be clearer.” In a taped interview, just ask if the reporter will restate the question so you can answer it again a little more clearly. A live broadcast interview, obviously, requires you to apply a measure of finesse to restate an answer for clarification or accuracy. Again, practice is essential.

Obviously, your negative assessment of a situation in response to a reporter’s negative suggestion will end up in print or on the air, attributed to you. A recent classic example during a news cycle about a toxic chemical spill went something like this: Reporter—“This is pretty scary for the people of the town, isn’t it?” Interviewee – “It is a very scary time for the people in this town.” Guess what the headline of the story was and guess who was quoted as saying it?

There is No Such Thing as Off the Record

Finally, in any media interview or conversation with a reporter or blogger, you are never off the record.  Period. It is a very simple, very iron-clad rule, so don’t ask to go off the record and don’t agree to. If you do not want it to be quoted, do not say it. The camera is always rolling;  the mic is always live. They are not your friends. They have a job to do.